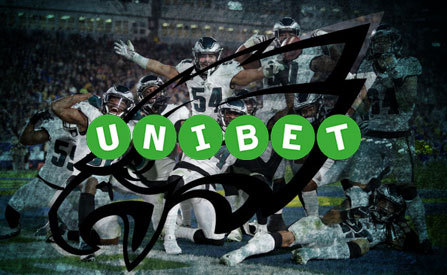 Unibet, a reputable online gaming operator, has signed a new partnership deal, this time around with Philadelphia’s own Eagles. The new deal has made…

…the operator an official partner of the team, which incurs various branding arrangements that the two sides will agree upon in the following months.

Unibet is a multinational gambling operator with interests all over the world. However, lately it is their US-facing division that has been…

…showing most initiative. The team has been working hard on establishing Unibet as an authority in the North American markets, all while gaining more exposure. One of the efforts towards this goal was the partnership deal with Philadelphia Eagles.

Now that they have become an official partner of the team, the brand can look forward to a wide range of branding benefits. Namely, the company will get a permanent spot at the Lincoln Financial Field’s recently constructed Northwest Suites.

Furthermore, its branding will also appear on the Eagles Nest Tower as well as the various print items the team will be releasing in the future.

Interestingly enough, the newly signed deal doesn’t define anything in terms of promotional rights for sports betting. With that said, the deal alone is more than enough to give Unibet – a prominent online casino operator with offices in the United Kingdom and numerous other countries, a tangible edge over their competition.

Home to some of the best slot games on the market, this operator can look forward to more exposure thanks to this multi-year partnership deal.

Catherine Carlson, Senior Vice President of Revenue and Strategy, Philadelphia Eagles, offered her take on the new partnership: “Unibet’s reputation as a global leader in the online gambling space has helped the company establish a strong, emerging footprint in the Philadelphia market. We are proud to align ourselves with a company that is fully dedicated to innovation, customer experience, and responsible gaming.”

Arnas Janickas, Head of U.S. Marketing for the operator has also commented on the new deal: “As we look to grow our footprint in the United States, it only made sense to partner with one of the largest, most-respected and loved teams in the NFL. The Eagles unmatched fan engagement and relentless innovation in digital space definitely helped to make this partnership a reality.”

Unibet is one of the largest online casinos and gambling operators worldwide. It is based in Europe, however it is involved in numerous markets around the world. Wherever they have an established presence, the Unibet team is considered to be a figure of authority. Thanks to the immense cumulative experience of the team running this brand, they have managed…

...to net content deals with some of the top-rated software providers in the business. This means that their patrons have access to some of the latest and greatest content available in the industry. The deal with Philadelphia Eagles represents another step towards establishing this brand’s dominance in various US markets.