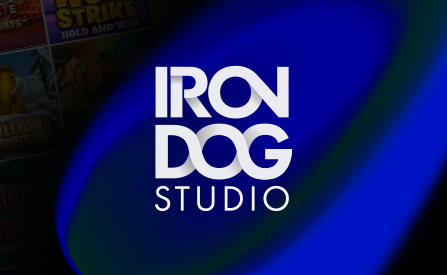 If you’re looking for no deposit codes for Iron Dog Studio’s online slots you’ve come to the right place. This company is actually a gaming studio that operates under the 1X2 Network, which in turn is one of the largest platform providers in the European market, especially popular in countries such as Germany. For such a small studio it’s quite surprising that the company not only produces online slots, but Megaways games, table games, and even scratch cards.

This combination of dedicated game development from the studio and distribution from the parent company has led to a situation wherein just a handful of years the company has managed to become a big provider in many major online casinos, and a ton of the smaller ones too. Of course, the games themselves need to stand out and provide players with fun and exciting casino spins. Do they do that? Let’s have a look.

The company was established in 2017 as an independent brand under 1X2 Network. The offices are located in the UK, though the company itself is present in most jurisdictions. Their reach goes way beyond their own capabilities, as the parent company is further integrated with aggregation platforms like Oryx, Golden Hero, Habanero, and Playson.

Iron Dog Studios might not be a big household name just yet, but they are fast becoming one of the most important brands for their parent company. The quality of their games and the number of new releases is also quite promising, especially considering their take on speciality games. Rather surprisingly, they might be one of the biggest Megaways developers too. Now, they might not be innovating so much in their own right, but that hardly matters if they can master what all other gaming companies have come up with yet. And if you’re looking for some bonuses and benefits for trying these games, you’ve definitely come to the right place.

There are several categories to go through here, which should make casino gaming ever more so interesting. Iron Dog Studios is an online slot producer, which means that the games work just as well in mobile casinos. The first part we are going to go through here are online slots, which make up a significant portion of the catalogue but aren’t the only area the company is interested in.

The studio has produced titles like Wolf Strike, Book of Bal, and Solar Nova, which would indicate they are pretty invested in mythology, animals and the mystical fantasy of the world. But, you will also find Rainbow Wilds and Neon Jungle which would point at mixing influences and graphical effects to their own liking. It’s a pretty mixed bag of themes, which is certainly to our liking.

Now, when it comes to wins, features and paylines, you’ll find that there’s no one answer to the question of what players want. That’s why the company presents you with every possible reel setup, a variety of special features and even a handful of games that cater to low and medium variance wins. Though to tell the truth, most of these games are definitely aiming for those massive wins we’ve come to love. 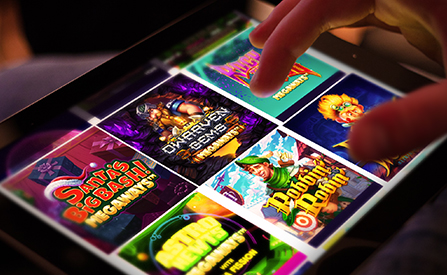 It’s not quite a massive combination of games when it comes to table games, but you still get to enjoy blackjack, baccarat, and roulette in 3D format. Scratch cards are way more numerous, and even though they don’t quite enjoy the same benefits as slots do for having different themes, there are still a variety of different graphical styles to enjoy. There is a variety of different payouts, from maximum wins of just hundreds to thousands and tens of thousands. If you’re looking for small bets these are quite interesting options.

This is perhaps the most interesting part and in some ways the largest selection of games with a common denominator. Megaways slots have become more and more popular with time, thanks to the revolutionary way they deal with distributing wins. Good titles to check out are 1 Million Megaways BC, Rainbow Wilds Megaways, Rock the Reels Megaways and Pirate Kingdom Megaways.

A no deposit bonus is a great way to start gaming with Iron Dog Studio games, and the best way to get those bonuses is via a no deposit casino. Given that Iron Dogs Studio is part of one of the biggest casino platforms out there, and there are no shortage of online casinos using it, it should be relatively easy to find out promotions for no deposit bonus spins and no deposit bonus cash that you can use on most of these games. If you want to play Megaways slots with no deposit bonuses, this is your best bet.

1. What kind of special features do the slots have?

Nothing over the top, but they still make sure to keep in touch with everything that is happening in the industry. You can expect bonus spins to form the core of the functions, but there are plenty of games that offer more than that, like changes on the reels, multipliers, and mini-games.

2. Is the company regulated with gambling licences?

Not only does the company benefit from the many licences of its partners, but it also holds a Malta Gaming Authority and a UK Gambling Commission licence. These ensure safety and security in pretty much all jurisdictions.

3. Are the games mobile compatible?

Yes, mobile, tablet and desktop gameplay is all supported. The interface is very versatile, and even allows for full-screen play on all devices.

4. Are the games available for US players?

At the moment the studio or its parent company don’t seem to be very active with US online casinos.

5. Are Bitcoin bonuses available for these games?

One area where the company is not putting too much effort are cryptocurrencies. You can expect the traditional currencies to be usable and supported, but otherwise there isn’t much default support for such things. We don’t expect this to change any time soon, as the company hasn’t even added significant support for different languages yet.