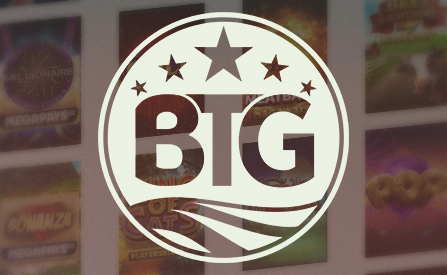 Today Big Time Gaming is part of Evolution Gaming, or rather we should say they are part of the same family of companies. For now, they still operate under the same brand and still come out with their own unique concepts and games as they have done so far. And that’s where the company really shines, with their Megaways-system licenced to anyone and everyone who wants to stay relevant in the business of online slots.

But is Big Time Gaming just all about Megaways slots? Or do they have other things to offer? What about no deposit bonuses for their games? Or bonuses in general? And how are they faring now that they’re part of a bigger company? Let’s find out by looking at the details. Remember to take a look at our suggested online casinos to find the best places to enjoy these exciting games.

Big Time Gaming opened up for business in 2011. Like many other gaming studios of the age, it stemmed from a desire to bring forth something that would change how you think about online slots, and not just to repeat what everyone else was already doing. The proof is in the pudding, and this is definitely something that the company has already achieved.

It took until 2016 for the company to come up with their hit title Bonanza, which really created an avalanche of online slots that would utilize the Megaways-system. So much so that it has really become a genre by itself, much like progressive jackpots. Evolution Gaming bought the company in 2021, adding them alongside such legends as Net Entertainment. Before this the company was already partnered with nearly every big player in the iGaming industry in one way or another.

The company has obviously been perfecting their main idea, but they're slowly been building up to something else too. Mainly this shows in an ever-increasing collection of innovative and interesting new special features. If that’s your favourite style of gaming, then you will feel right at home with Big Time Gaming. 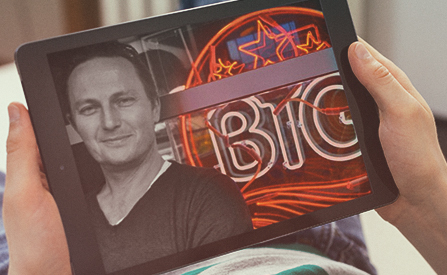 Let’s start with the obvious. If you haven’t heard of or tried Megaways slots yet, it’s about time you do. These games come with a variety of bonuses and special features, but the main attraction is how the ways to win are calculated. Not only can these reach into hundreds of thousands, they also change on every spin you play.

There are other ways to calculate wins too, more traditional with fixed paylines, even if those too can reach into the thousands. But what’s more interesting are the ways that these online slots deal with special features. Something that Big Time Gaming is clearly experimenting with are supersized symbols, which can be normal or bonus symbols like wilds or scatters.

But there’s much more than that in the works. Specifically features that allow you to make decisions, which might not result in changes in your chances to win, but in ways that you play the slots. Things like Heartstopper, Player Select, Extra Ways, Reel Adventure and more go to show that there’s plenty more ideas for changing the way you play online slots.

Something that you also need to take a look at are the massive wins. It’s not just that there are hundreds of thousands of ways to score wins, it’s that those can all stack up on a single spin. And that means that some of the games can easily rival even the biggest progressive jackpots out there. Obviously, that also means high variance gaming.

We’re not going to talk too much about jurisdictions and licences here. Just remember that the company is now part of Evolution Gaming, which in turn holds countless licences. Both have a reputation to protect, and given how interlinked they are with countless online casinos that likewise would never even dream of playing foul, you can rest assured that everything is in perfect order. That obviously also applies to the technology that runs everything.

Not to mention that the Megaway system itself has been licenced to several other gaming studios, big and small alike. They all can ensure that the code works as promised, and the results on the screen follow the return to player percentages as they are laid out. Secure and reliable as one can be.

We have the best no deposit casinos listed right here, and as you would have most of them have plenty of Big Time Gaming slots available for try. And as these are slots, they are often excellent targets for a no deposit bonus, especially in the form of bonus spins. A no deposit casino bonus obviously depends on the casino you choose to play at, something that we can definitely help you with.

1. Are Big Time Gaming online slots available at US casino?

Currently, it seems like this is not the case. But as their parent company is heavily invested in the US markets we fully expect these games to be available there too. And good thing too, since they are truly unique in many ways!

Big Time Gaming slots will work on any device, be that a smartphone, tablet, laptop or a desktop. Of course, as the reels tend to grow quite a bit the game might not always look the best on the smallest of screen.But what might be missing in details is surely paid back double in excitement.

3. Can I play these games for free?

Should you not find a no deposit bonus for your favourite Big Time Gaming online slots, you can always play the games in demo mode. What better way to test them out? Besides bonus spins, obviously.

4. Are these games really fair?

Certainly. The games have been certified by authorities like Malta and the UK Gambling Commission.

5. Does Big Time Gaming offer anything else than online slots?

At the moment the company is full-on with online slots, and since they are doing great things with them we don’t expect to concentrate on other areas of online gaming any time soon.