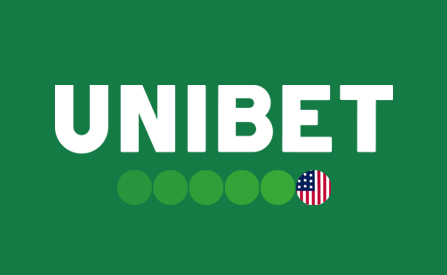 Unibet, the flagship brand of Kindred Group, has officially entered Pennsylvania through a partnership deal with Mohegan Sun Pocono. This marks the second…

…U.S. state this brand has conquered in just one month. Unibet has already laid out its plans for the planned infrastructure in PA, which should culminate with a full online presence.

Unibet has had a great month so far. Several weeks ago this Kindred brand has opened a sportsbook in New Jersey while they also managed to bag a multi-year partnership with the local New Jersey Devils. Their conquest of the East Coast has led them to neighboring Pennsylvania where they have…

…partnered up with Mohegan Sun Pocono in an effort to open a sportsbook as well as an online casino later this year. Being one of the largest markets in this part of the United States, Pennsylvania is the prime target for numerous top tier operators.

Manuel Stan, SVP Kindred US, commented on the new deal: “We wanted a strong partner who shares our dedication to customer experience and values, and we know that together we will offer Pennsylvanians a truly unmatched in-house and soon-to-come online sports betting and casino experience.”

Aviram Alroy, Vice President of Interactive Gaming at Mohegan Gaming & Entertainment, has also stated: “We’ve aligned with one of the world’s best online casino and sportsbook operators in online regulated markets, which will allow us to offer a best in class experience to our current clients and attract new fans. Introduction of the Unibet offering to the market is a great positive for Mohegan Sun, as well as the State of Pennsylvania.”

Within the first stage of their plan, the two companies will allow their clients and patrons to bet on NFL, NCAA, NBA, PGA, NHL, professional tennis and more. Aside from the usual sports, the new sportsbook enterprise will also cover a variety of combat sports which are slowly proving to be a lucrative niche. Because of that, PA fans of boxing, UFC, and MMA in general will be able to place bets on their favorite fighters in one of the most advanced sportsbooks in the state. The list of covered sports extends to cover numerous others.

With that said, the fans of slots and other casino content will get a high-end online casino platform that is predicted to have one of the largest libraries of games on the U.S. market.

Founded in 1997, Kindred Group started out as the dream of a single man. Some 20 years later, this company grew up into an industry giant, which owns 11 of the largest online gambling brands in Europe. Such a massive portfolio of sportsbook, online casinos and other enterprises has allowed this company to become an authority in its field.

With the goal of being the top operator in markets they have a presence in, it is constantly looking to improve their services.

GAMING1 Goes Live with Unibet in a Strategic Content Deal