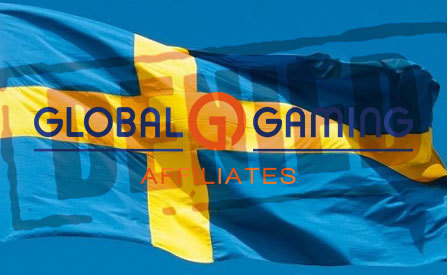 Global Gaming, one of the few operators hit by Spelinspektionen’s penalties earlier this year, has had their appeal rejected by…

…Swedish authorities. The company lost its foothold in the Swedish market when SafeEnt, one of its subsidiaries, had its license revoked.

Their appeal is just one of the few that were filed after the somewhat controversial decision was passed by Swedish regulators.

Searching for a Solution:

Global Gaming’s SafeEnt was one of the few entities that got penalized by Spelinspektionen back in June, for breaching various aspects of…

…Swedish gambling regulations that have to do with bonuses offered by their online casinos among other things.

As a result, SafeEnt, who ran NinjaCasino and Spellandet.com, was ordered to immediately cease their operations in Sweden as their license was revoked.

In the immediate aftermath of that decision, Global Gaming has announced that they plan on filing an appeal. The company was arguing that Spelinspektionen’s ruling was disproportionate while they also questioned…

…the meaning of relevant regulations.

Global has also filed an appeal in an effort to acquire permission to resume operations until its main appeal was heard.

This week they received an answer from Swedish authorities effectively rejecting that appeal, thus forcing the company back into the limbo.

“Although we were aware that the chances of being granted injunctive relief were limited, we are, of course, disappointed to see our appeal rejected again,” Global Gaming chief executive, Tobias Fagerlund, has stated.

“Our focus is now on the judicial review of the Spelinspektionen’s decision that is currently taking place. We maintain that the decision is fundamentally wrong and disproportionate, and will show it during the process that is currently underway in the Administrative Court.”

With that said, Global hasn’t been sitting idly. Sweden is a very important market and a strategic target for this company. Because of that, they have…

…returned through a partnership with Finnplay Group.

Global Gaming is an innovative operator of casino brands in the Nordics region. They offer a number of catered solutions that have proven to be highly successful on the market. One of their most popular offerings and their flagship casino, is Ninja. On top of that, this company offers its proprietary PayNPlay solution that promises to move the boundaries of the cutting-edge technologies in the iGaming industries.

For one, it claims to have solved the issue of long registration processes which turn away a large number of players each year. That being said…

…the company is all about respecting core values. Their policy involved placing quality above all, with respect for the individual player and their own values.

One of the testaments to such a people-oriented business policy is the fact that the brand supports a number of charities each year, spread across three different countries.