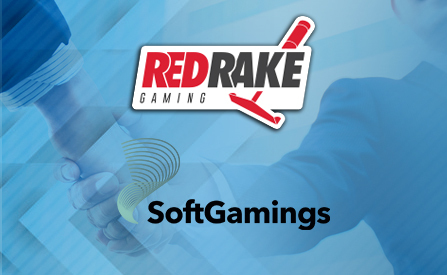 Red Rake Gaming (RRG), one of the leading software providers in the iGaming industry, has signed a content deal with SoftGamings.

This new addition to its distribution...

…network will give Red a broader reach in the global regulated markets, allowing its content to be accessed by new players worldwide.

The popularSpanish software provider’s latest partnership will improve its reach in key global markets while also giving its new partner a competitive edge.

RRG will offer its content through SoftGamings’ content aggregation platform that uses their API for integration. This API and the fact that it allows for the seamless integration of numerous providers at one time is what has made the latter popular in the industry. The new deal will cover over 40 games from RRG’s portfolio. End users will soon have access to slot games such as Mother of Hours, Gustav Minebuster, and many others.

The Spanish supplier is also offering its new progressive tournament tool along with...

…other gamification tools. The overall scope of the deal means that both parties will have a chance to approach new opportunities going forward.

Nick Barr, Managing Director for Red Rake Malta, commented on this partnership, saying: “SoftGamings is one of the most established providers in today’s market, having built up a hugely successful global business. The partnership will support Red Rake’s strategy to increase market share but in addition provide our clients ease of access to our content to grow within their expansion strategies. We look forward to working closely with the SoftGamings team and envisage a great partnership ahead.”

Irina Sazonova, Director of Partnerships at SoftGamings, shared her thoughts on the new deal: “Having this partnership and adding Red Rake Gaming content in our Providers’ offering means that our operators will have the access to the exciting game portfolio, it also provides us with great opportunity to grow in the various markets that Red Rake’s games are certified and tailored for.”

Red Rake Gaming is one of the leading software providers in the iGaming industry. The company was founded in 2011 when it established itself as a source of social casino content. It wasn’t until 2015 that it started considering the real money side of the industry. With the first real money slot released a year later, it began its climb to the top. The company has built a reputation for delivering innovative and often immersive games which quickly became popular in most regulated markets around the world. Such success has attracted tier-one operators to join Red Rake’s distribution network.

Yggdrasil Gaming Adds SoftGamings to its Growing List of Partners