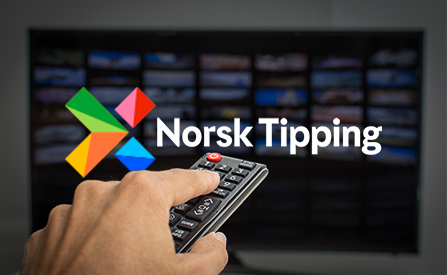 It’s no secret that these days most news in the gambling industry revolves around protecting every single participant, especially gamblers. Their safety is always the number-one priority, but somehow it is always jeopardized.

Fortunately, one of the biggest institutions as far as this field is concerned, Norsk Tipping, has decided to do something about it and give its full support to both players and anyone else who stands by them.

Luckily, they are not alone in this. Just a week ago, the UKGC was persistent in prolonging the UK gambling advertising ban and now, Norway has come to a decision to take similar steps.

What’s Causing Problems In This Country?

The nation has discovered that there’s a huge rise in the number of risk and problem players that have online games at their disposal. That’s one of the reasons why it has been decided not to advertise casino games on television or to propose any bonuses or slot spins.

Unfortunately, at this very moment, they belong to the minority. All these other corporations do not have necessary licenses, still they have a tendency to utilize a legal loophole by TV stations broadcasting such ads from outside Norway.

Furthermore, in 2018, one of their leading regulators, Lottstift, decided to release a consultation on plans to get rid of this issue.

The popular operator has come up with a brilliant idea that is going to help them constrain losses of gamblers. It’s interesting to know that the UK Gambling Commission did something relatively similar just one month ago.

At the time, they wanted to ensure that the maximum stake is being decreased and now, Norsk is doing almost exactly the same. Currently, they’ve determined that a maximum bet is supposed to be, NOK30, which is around three Euros per spin on slot machines.

Furthermore, they have also included a limiter that is going to make sure that at least three seconds have passed between every spin and without having any auto-play or fast-play alternatives.

Even though they are giving their all to make this happen, they are still aware of the fact that there is still a plethora of consumers who could potentially turn into gambling addicts who are still passionately utilizing this form of entertainment.

Bjorn Helge Hoffmann, head of responsible gambling activities at Norsk, has stated that both regulators and operators must join forces in order to decrease these numbers, including introducing a block on all advertisements showcased on TV. He added:

“In the media, both foreign gaming companies and TV channels that broadcast these ads state that television advertising does not create gaming problems. It’s possible they manage to fool themselves, but this is actually very simple.

Moreover, the company said that there’s an increase in the share of their total profit that it takes from at-risk gamblers. These kinds of consumers bring large amounts of money, approximately 55% of the casino’s general revenue.

Hoffmann then added that this situation is worrying and that if authorities or regulators don’t do something about it that this could potentially lead to ban of this form of entertainment in Norway.