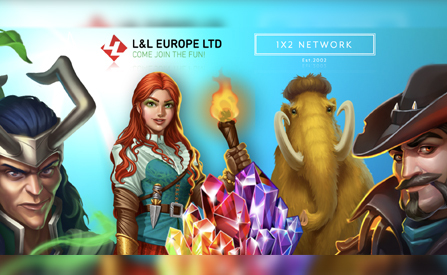 1X2 Network has added another well-known operator to its list of partners after integrating its fun and exciting table games and slot machines with L&L Europe. Players from sites such as Race, Fun, Hyper Casino, Yako, and All British Casinos have access to select flagship games from the Iron Dog Studio and 1X2gaming developer associates lists.

One of the first titles in the lobby will be Book of the Undead of Van Helsing from the East Sussex-based provider. The action takes place in Transylvania where they team up with famed hunter of vampires Van Helsing who is fighting against the immortal beings to provide huge wins. Other games included in the deal are Pirate Kingdom, Megaways Jack and 1Million Megaways.

The brand has built a huge reputation for developing table games and slots that are a mix of stunning graphics and authentic audio with immersive gameplay thanks to new mechanics and additional features that are invented to keep players exciting and on the move.

Kevin Reid, Chief Commercial Officer at 1X2 Network, said:“We are delighted to see slots and table games from 1X2gaming and Iron Dog Studio land in game lobbies across L&L Europe’s incredible brands including its latest casino offering, Race Casino. Our games have been designed to deliver the most entertaining experience to players while also giving them the chance to win big. Each of our games has something different to offer, starting with the Book of Undead and its horror theme. We believe our games will prove to be hugely popular with players across L&L Europe’s brands in markets such as the UK and Sweden and look forward to integrating additional titles under what will be a hugely successful partnership for both parties.”

The United Kingdom provider of creative and thrilling games was founded in 2002 and from that time their popularity has grown with its line of worldwide spread fixed odds games, online slots, and virtual football. They are best known for producing online slot machines and they released more than 100.