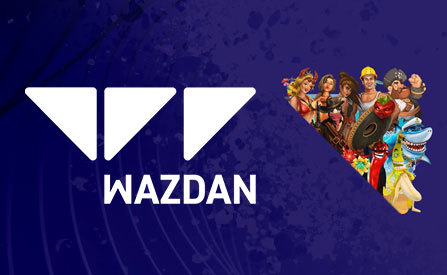 Wazdan, a top tier Malta-based studio, has received certification necessary to operate in the Swedish regulated market. The studio has been…

…awaiting confirmation from the nation’s regulatory bodies for a while now and were preparing the groundwork for their expansion into this market.

A change in gambling laws and regulations has finally opened up Swedish online space for private actors and companies. Wazdan was among the first to apply and first to receive the new cert, which may have put them in a pole position.

Bolstering Their Presence in The Nordic Region:

Sweden has been a highly contested new market since the beginning of the year. Until then, the only entities allowed to operate in the country’s gambling space were state-owned companies.

After receiving plenty of criticism from both domestic and foreign parties, it has finally agreed to open up the market and let privately owned enterprises to compete under a new set of laws and regulations.

Wazdan was quick to seek out the necessary licenses and certifications. After all of the applications were filed, the company started…

…laying down a plan of attack.

As a result, now that they have the certification, they already have the necessary logistical network set up to take on their titles.

The studio has formed partnerships with Swedish online casino operators such as Kindred, Hero Gaming, Mr Green and others. All of these will start offering Wazdan’s titles in a matter of days.

Andrzej Hyla, the Head of Sales for the company, offered his comment on the new development: “We are excited to announce our Swedish certification, which allows us to strengthen our position in the Swedish market and expand the reach of our games through our existing operators. The Swedish certification opens up doors for our team to increase what we offer our partners, and also to develop new relationships with operators to bring Wazdan high-quality games to the Swedish players.”

One part of their plan to take on the newly available market is to hit it with a brand-new set of slot games. This studio has just released…

…a few heavy hitters which are promising to draw a lot of attention in the following months. Their main title for this year has just recently been launched. Larry the Leprechaun represents a culmination of a massive effort on Wazdan’s part and is set to compete with the most anticipated games of this year.

Aside from that, the studio has also announced the release of a number of other games including Book of Faith, Space Spins, Juicy Reels and many others.

With such a strong lineup, Wazdan is expected to give their main competitors something to worry about. However, this new market has attracted a lot of big fish software providers who are…

… more than capable of taking on this Malta-based studio. We are left to see how much of a market share the company will be able to acquire.

Comment: The Swedish gambling arena is going to be crazy for a while now until it all settles down.