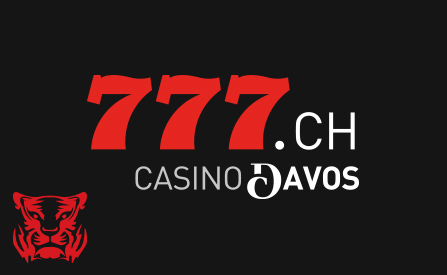 Red Tiger Gaming, a slot game specialist known for delivering immersive content to the iGaming industry, has signed a content deal with Casino777.ch…

…that is the online facing service of the Swiss Casino Davos. The new deal will effectively expand this provider’s reach in key markets and bring their games to previously untapped user pools.

Red Tiger has been on a steady path of expansion ever since being acquired by NetEnt earlier this year. The company has added several important names to their growing distribution network, with Casino777.ch being the most recent one. The new deal will bring…

…the developer’s entire portfolio to players and patrons to the operator. The supplier will spearhead this transfer of content with some of their most popular releases. Slots such as Pirate’s Plenty – Sunken Treasure, Mystery Reels and Thor’s Lightning are just some of the names that appear on this list.

The newly signed deal is also significant because it gives RTG a stronger presence in the newly regulated Swiss market. The operator is currently…

…one of the most popular online casinos in this market, making it a prime target for Red to showcase their slots.

Comments to the Media:

Chris Looney, Commercial Director at Red Tiger, has offered his take on the new deal: “We’re thrilled to have partnered with Casino777.ch and we’re sure our slots will prove popular with the casino’s player base. The Swiss market is proving to be fertile ground for Red Tiger and our games have become very popular with consumers in a short space of time. We are committed to the market and will be launching more top-quality games on a regular basis.”

Kai Laepple, Director at Casino Davos, shared a comment regarding the new partnership: “Red Tiger’s development team has earned a reputation as one of the most exciting providers in the industry, and we’ve been impressed by the company’s games. Our aim is to give customers a tailor-made gaming experience with top quality content and we’re sure their titles will be a big hit with players.”

More on the Developer:

Red Tiger is one of the premier software providers in the iGaming industry. The company was founded in 2014 and has hit the ground running from day one. Their games are often…

…packed with innovative features while the company takes great pride in the level of graphical quality the offer. This multinational company is currently licensed to operate in the UK, Malta, Alderney and Gibraltar.

With a team full of dedicated professionals, it has had no issues attracting some of the largest players in the industry. So much so that…

…the company was acquired by NetEnt earlier this year. Following the acquisition deal, RTG remains an independent studio that is staying true to their philosophy of delivering games players will want to play.