NetEnt Expands to the East, Enters the Regulated Markets of Croatia 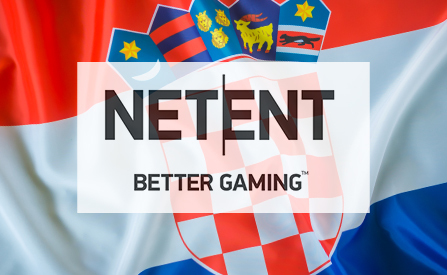 NetEnt has officially entered Croatian regulated markets. This decision comes as part of the developer’s efforts to expand its reach in…

…newly regulated European markets, especially those in the South and Southeast Europe. The company has signed several content deals with local operators and is ready to roll out its gaming content in Croatia.

This decision comes as a part of NetEnt’s ongoing effort to establish a foothold in newly emerging European markets. Namely, it has already entered the regulated markets ofSwitzerland and Colombia in March of this year, with more similar expansion projects planned until the end of the year.

In Croatia, the company has…

…signed several content deals with local operators in preparation for the nationwide launch. The new partners who have joined its distribution networks are Germania, SuperSport, and Arena Casino. All of these brands are leading gaming operators in Croatia.

With the deals signed, patrons of these casinos will soon be able to enjoy some of the top-performing slot games and other gaming content that the develoepr has to offer.

Henrik Fagerlund, Managing Director of NetEnt Malta, has offered his take on the newly announced expansion: “We’ve been eying the Croatian market for a while and we are of course happy to make this market entry. Growing our business in regulated markets is part of the core strategy for the NetEnt group. We are excited to put our portfolio of slot games in front of players and I’m certain they will enjoy them.”

NetEnt is yet to announce the exact date when their content will become available to players in Croatia. However, the company has said that it plans to go live across casinos in this European country in the following months.

Croatia has joined the list of countries with regulated iGaming markets back in 2010. With the Ministry of Finance overseeing the operations, Croatia is currently restricted to land-based casinos.

NetEnt is one of the leading software providers in the iGaming industry. The company has been around for over 20 years, offering some of the most innovative gaming solutions to clients all over the world. Right now, it works with numerous top tier online casino operators and is a leading provider in key regulated markets in Europe. The team behind this brand counts over 1,000 dedicated professionals who are working hard to bring new technologies as well as new gaming content to players.

Its system has handled over 58.3 billion gaming transactions in 2019 alone, although the company is promising to up those figures in the coming years. With offices in Europe and the United States, it is truly an international company.