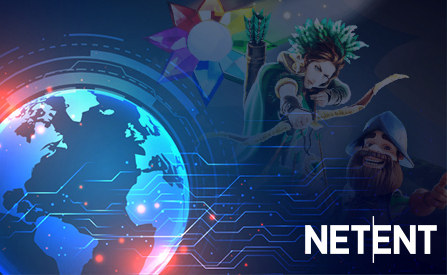 …several new names to the list of operators that have access to their platform. Additionally, they have added new games to the portfolio as well.

Last year was an exciting time for NetEnt. The company released its own content aggregation platform in December, called NetEnt Connect. The launch of a new system came at the heels of…

…NetEnt acquiring Red Tiger Gaming. With a new and powerful software studio at their side, its Connect platform was able to offer impressive content right off the bat. With that said, the platform was initially released in a limited capacity with Casino Room in December of 2019.

During that time, the developer was testing the various features of the platform as well as monitoring its operation. By expanding Connect’s list of partners, this company has announced that their….

The new partners include Stoiximan and Betano, both of which are GML Interactive brands. Although the platform initially offered only a limited number of…

…Red Tiger Gaming releases, the team running Connect is quickly adding brand new content from both NetEnt, Red Tiger and other affiliated providers. Soon enough a total of 99 slot games will be available to various end users around the world.

In addition to that, the team is planning on incorporating Red Tiger’s Daily Timed Jackpots feature to the platform, making it available to operators who partner up with the Connect.

Rob Fell, the Director of NetEnt Connect, offered his take on the new development: “The beta launch of NetEnt Connect has been successful. Now we are looking to ramp up even more to make use of NetEnt’s far reaching customer relationships and integrations. We are also looking forward to widening the portfolio of content by adding more suppliers to the platform.”

NetEnt is a premier software provider that caters to the iGaming industry. The company has been around for over 20 years and has become a pillar of the industry during that time. Its games are known for…

…their innovative features and quality gameplay. So far, the company employs over 1000 talented professionals worldwide, who work together to bring new and better entertainment to their users. With a solid presence in most competitive markets, this company has…

…proven to be a reliable partner. Its current library of games includes over 200 titles while the company also offers a variety of Red’s games through their newly released content aggregation platform.

NetEnt Expands to the East, Enters the Regulated Markets of Croatia