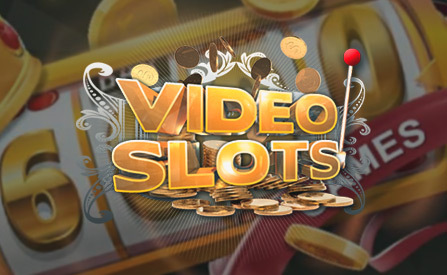 Videoslots, an online casino operator, recently celebrated a momentous date by adding its 6000th game, Agent of Hearts from Play'n GO, to its platform. The online slot has recently been launched and is part of the operator’s extensive gaming library. The latest game further expandedi ts offering as it seeks to increase its position on the market as this online casino has a huge selection of games from the best development studios in the industry. In 2021, only a few months ago, it released its 5000th game, making its latest achievement even more remarkable and this demonstrates its commitment to frequently updating its gaming library with new content!

Thrilled to Have Reached Another Milestone:

Videoslots also increased its live dealer portfolio through a collaboration with live casino specialist, Authentic Gaming, and as a part of the deal, it now offers popular automated roulette games as well as other casino content!

Timo Thronicke, Head of Casino at Videoslots, said:“We are thrilled to have reached the 6,000th game milestone, which once again showcases our commitment to providing the most comprehensive games offering for players. To add 1,000 games in such a short period of time is a remarkable feat from the team. This achievement is made even more special by the fact that our 6,000th game launch has come courtesy of a title developed by Play’n GO, a trusted partner of Videoslots.”

Videoslots, established in 2011 by a group of Swedish entrepreneurs, has an exceptional reputation among gamers because from the beginning, it pushed for partnerships with major game providers such as Microgaming, Yggdrasil, and NetEnt. It is quite clear that this is an online site that thinks a lot about the safety of players, which is why it is verified by the authorities of Curacao, Malta, and the UK. Players have access to the most popular slots such as Witch of the West, Jammin Jars, High Voltage Danger, Wonky Wabbits, Summon and Conquer, Realm of Legend, Donuts. There are many different games offered by an incredibly large number of different casino operators, but in addition to online slots, its site includes jackpots, roulette, video poker, blackjack, and live dealers.

Play'n GO Takes Players to Wonderland with Agent of Hearts