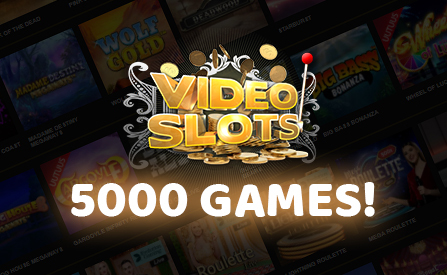 Videoslots, an online casino supplier, hailed a "big milestone" after the company launched its 5,000th game, less than a year after surpassing 4,000 titles. The brand, that has done business with Nolimit City, Spearhead Studios and Real Dealer Studios recently, is pleased to announce a significant achievement in its quest to become the largest and best online casino in the industry. Greentube's Cops 'n' Robbers slot has lifted the brand's suite of games above 5,000.

Online casino operator is happy to announce its 5000th game, which is a great achievement, considering that the brand celebrated its 4000th game less than a year ago!

William Ahlberg, Head of Commercials at Videoslots, said:“We’re very excited to have hit the 5,000th game. It is quite an achievement to have amassed so much quality content and we look forward to expanding our game library even further.Greentube has been a partner of ours for some time and it is fitting that a title from a really popular series like their Cops ‘n’ RobbersTM should mark the magic number.”

Ali Atam, CMO at Videoslots, added:‘’It is hard to believe we were celebrating the 4,000 games milestone less than a year ago. And today, Videoslots Casino offers over 5,000 games from 155 different providers. Videoslots players will always have something new and exciting to play!’’

More on the Operator:

Founded in 2011 by a group of Swedish entrepreneurs, Videoslots has an excellent status among gamers, mainly because it insisted from the beginning on partnerships with leading game providers such as Microgaming, Yggdrasil and NetEnt. It is quite clear that this is an online site that thinks a lot about the safety of its punters, which is why they are licensed by Curacao, Malta and United Kingdom authorities. Among its most popular slots areWonky Wabbits, Witch of the West, Jammin Jars,High Voltage Danger,Realm of Legend, Summon and Conquer, and Donuts. There are a lot of different games from an incredibly large number of different casino operators, but apart from video slot games, its site includes jackpots, roulette, video poker, blackjack and live dealer games.