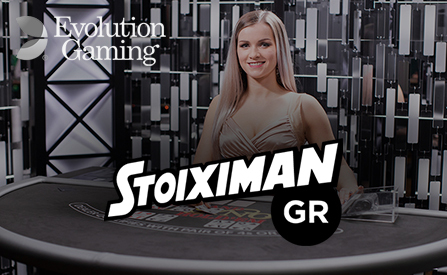 Stoiximan, an OPAP controller online gaming operator, has signed a content deal with Evolution Gaming. The new deal will give this operator access to the full…

…range of Evolution’s live casino games. The deal has the potential of being highly lucrative for both parties.

Stoiximam has been on the path of sustained growth ever since they were acquired by Greek OPAP back in 2018. The company has established…

…its presence in 6 regulated markets, including Germany, where it has managed to establish itself as one of the more trusted operators through their Betano brand.

The deal with Evolution will only serve to reinforce that position thanks to its high-quality offering of live casino titles. Patrons of Stoiximan online casinos will be able to enjoy some of Evolution’s best live casino offerings including live blackjack.

Furthermore, the live gaming developer will open up their new collection of games to their partner. These include titles such as Deal or No Deal Live and more.

Excitement on Both Ends:

John Kalamvokis, Stoiximan/Betano Group’s head of casino, offered a comment regarding the new deal, saying: “This deal supports our group’s aim of international growth and its vision to become one of the top operators in Europe. Evolution Gaming is a natural addition to our game portfolio, not simply because of the quality of the Evolution games but also because of their extensive experience of delivering live casino services across a wide range of European markets.”

Sebastian Johannisson, chief commercial officer at Evolution, has further added: “We are very excited to be working with Stoiximan, not least because of its leading position in Greece, which we believe is a healthy market with strong growth potential. Additionally, this deal is focused on the exciting opportunities to enrich the group’s Betano-branded live gaming offerings in other key European markets, both today and in the future as the Betano brand extends its reach.”

Evolution’s content will go live across the Stoiximan network of online casinos as soon as the deal is finalized.

About the Live Dealer Giant:

Evolution is one of the leading software providers specialized in delivering high-end live casino content to the iGaming industry. The fact that they are currently partnered with more tier-one operators than any other provider in the niche gives credence to that claim. With a mission of providing the best possible user experience, it is no stranger to dedicating massive efforts in the realization of their games.

By constantly pushing the limits of what is available on the market, this company is slowly inching towards becoming the leading provider of live casino content in the industry.

Since its foundation in 2006, players from all around Europe have recognized the quality this company brings to the table. With that said, Evolution is constantly on the lookout for new partners that will…

…give them access to new regulated markets around the world. The deal with Stoiximan is just one such instance.