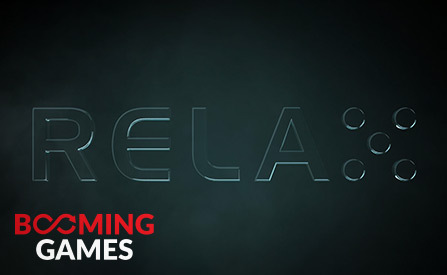 Relax Gaming (RG), an online casino provider, has begun a partnership with slot developer, Booming Games. This collaboration will see the integration of Booming titles across the RG platform. According to the deal, online slots from Booming’s library such as Burning Classics, Cash Pig, Buffalo Hold & Win, and more, ;will be available to RG partners as well. Per the agreement, Booming is expected to be available in the regulated markets in Sweden, Italy, Malta, and the United Kingdom. The latter brand was established in 2014 in the Isle of Man, and since then, the brand has released over 60 games, including many online slots that are particularly popular in Asia.

The latest agreement for Relax is a continuation of the company's recent success afte r it increased its presence in the newly regulated Dutch market!

Simon Hammon, Chief Product Officer at Relax Gaming, said:“We’re delighted to bring Booming Games on board as a platform partner – it’s a game provider that our operators have been asking for so making its content available to our customers is a pleasure. It’s another strong addition to the Powered By Relax family.”

Frederik Niehusen, Chief Commercial Officer at Booming Games said: “Debuting our products on Relax’s well-regarded platform is a real milestone for us in terms of exposure. It’s going to make sure that we rapidly get our games in front of all the right operators, several of which we know have been keenly anticipating us getting the agreement over the line.”

RG has been developing its gaming library for almost 10 years, which has given it ample time to research and test the types of features and functions that are most appreciated by casino players. The company has already established serious partnerships with some of the most famous online casinos, but it is constantly looking for new partners and places to showcase its games. This casino provider has released many casino games, most of which are slots, but there are also several table games. In 2019, the company released a new version of The Final Countdown video slot, created by Big Time Gaming. It was one of 50 new trade deals the company signed in just a few months. This is clear and compelling evidence of the brand's rapidly growing reputation as one of the most loyal vendors in the iGaming industry.

Relax Gaming Supplies its Extensive Portfolio of Games to bet365

Relax Gaming Welcomes Spinmatic on its Powered by Relax Network