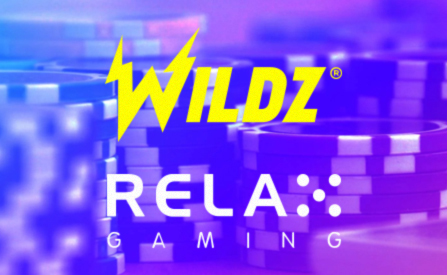 Relax Gaming (RG) has announced that it has joined forces with Wildz for a massive promotional campaign that includes the release of exclusive Spinback feature through their Temple Tumble Megaways slot.

Furthermore, the two companies have put together over 1 million Euros in bonus spin prizes that will spice up the promo.

Massive Prizes Deep in the Jungle:

Relax has achieved great success with Temple Tumble Megaways, the first in a series of three slot games from the Tumble line.

Set in the deep jungles, this slot…

…offers stunning graphics and a theme that pulls players into a whole new world of opportunities. However, what truly sets this release apart and what has made it so successful is the core game. RG went with the Megaways mechanic that makes Temple Tumble a 46,656 ways to win slot.

To spice things up even further, the game is packed with all kinds of awesome special features including the Spinback feature that is set to launch as an exclusive at Wildz casino.

This feature brings one bonus spin per every 5 non-winning spins. That way players are given a much better chance of winning. Wildz and RG has created a promotional with Temple Tumble Megaways, that will reward patrons of this growing casino with 1 million Euros in bonus spins.

Daniel Eskola, Relax’s CCO, said: “Temple Tumble is more than a year old but continues to perform and pull in players due to its stickiness and extensive popularity, making it the perfect game for Wildz’s innovative Spinback rewards programme. This collaboration with Wildz will further boost the game’s appeal with new players to the benefit of both parties and underlines our focus in recent months on developing our promotional offering with operator partners.”

Lasse Rantala, CEO, Rootz Ltd, added: “Temple Tumble has been one of our most-played slots since launching last year so including the game in the Spinback promotion was an obvious move. We have no doubt that the game will become an even bigger hit with both existing and new customers. The loyalty programme has achieved significant results in bringing additional layers of excitement to the games we know our players love and we look forward to seeing engagement further increase following the Temple Tumble promotion.”

Relax is one of the largest providers of online slot games and other iGaming content in the industry. With over 1000 titles in its vast library, this company offers a diverse portfolio to its clients through its Silver Bullet and Powered By platforms.

Additionally, the brand brings a complete set of promotional and other tools aimed at giving operators the ultimate control over the content they offer. The company has been in the business long enough to build a massive distribution network that includes some of the top operators in the business.

Relax Gaming Adds Apollo Games to its Powered By Program

Relax Gaming Adds BetVictor to its Growing Roster of Distributors