Play’n GO Goes Live with Mysterious Edition of House of Doom 2: The Crypt 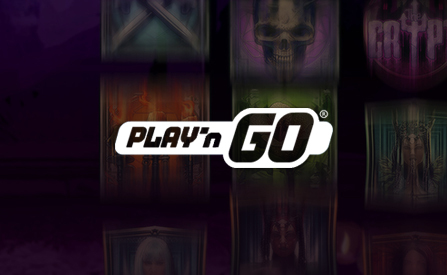 Play'n GO grows and becomes more deadly with the launch of the music-themed House of Doom 2: The Crypt. The original House of Doom slot was developed based on the song of the same name by Candlemass which is a doom metal band from Sweden. Players who love this genre of music will enjoy the atmosphere in this title. The game has 5 reels, 3 rows, and 20 active paylines where the maximum potential win is 6000x the bet. Game attributes and math model are similar tothe provider’s other titles.It’s a high volatility game combined with a customizable RTP range, but the highest rate is 96.25%, which is above the average. The betting range goes from a minimum of $0.2 up to a maximum bet of $100.

With this title, the operator made sure that players enjoy the game, and the company keeps listening to clients and taking seriously feedback, which always helps them to create innovative and engaging content, and that’s why their slots are among the most popular in the world!

Martin Zettergen, CPO at Play’n GO, commented:“Some slots based around bands have no effort put into gameplay. They’re relying on the fanbase to play the game purely because they recognise the faces.You need to make sure that it would still be a game that players would enjoy if you stripped away the slot’s band theme. That way, it keeps players entertained and appeals to people that might not necessarily be fans of the music.It’s about giving more than just a gimmick.”

More on the Swedish Provider:

Play'n GO has participated in about 15 regulated markets in Europe and is a leading online gaming company in the iGaming industry. It putsmuch effort into developing slotsand has developed over 150 titles. This Swedish-based provider was established in 1997 and since then,was a subsidiary of leading casino operators until 2005 after it started operating as an independent brand. In 2019, it received the Mobile Provider of the Year award in addition to recognition for excellence in mobile game development. Other major awards the company has received include Best Casino Provider of the Year and Best Employer Brand of the Year at the Malta iGaming Awards of Excellence in 2019.