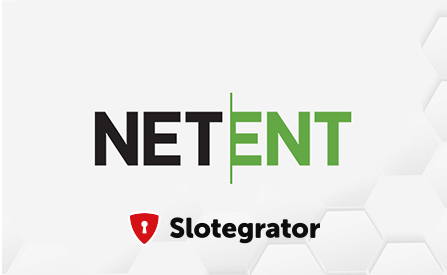 NetEnt, a Swedish-based online casino provider, will add its games to the Slotegrator aggregation platform which will further expand its portfolio of games. According to the deal, Slotegrator will have access to over 200 of the provider’s casino games into its APIgrator. This means that Slotegrator will also have access to the full range of NetEnt content across its online casino platforms. This collaboration has resulted in the integration of popular games like Starburst, Gonzo's Quest, Twin Spin and more. APIgrator allows fast and easy integration of online casino games into any gaming platform. The aggregation platform offers products from different game providers and it currently provides mostly online slots, however, there are also card games, live dealer games, and virtual sports from over 75 provides across the world.

A New Suite of Gaming Tools:

Slotegrator will also profit from NetEnt's gaming tools. These tools include in-game features such as extra spins and jackpots, tournaments, and a bonus management program. Slotegrator is a fast-growing casino supplier, licensed by Malta, the United Kingdom, Alderney, Spain, Gibraltar, Romania, Belgium, and several US jurisdictions.

Ayvar Gabidullin, leading sales manager at Slotegrator, commented:“We are very glad that one of the top providers has appeared in our expanding list of partners. Now our clients can get highly popular games through our single integration such as: Starburst, Gonzo’s quest, Dead or Alive and many more. NetEnt is a well-established, industry-leading game developer that we are proud to partner with.”

NetEnt was founded in 1996 in Sweden and has its roots in the traditional casino company Cherryföretagen. The brand launched its first online casino in 2000 and began offering B2B opportunities in 2003, leading to business growth. In 2011, when there was a revolution in the mobile market, its casino software launched the Touch Collection, providing that many games can be played on touchscreen devices. In 2013, the company created live casino software, which was another milestone for the Swedish provider. The company employs over 1,000 people and offers its collection of games to over 200 vendors around the world. It has offices in Sweden and Malta, where they also operate under national licenses.

Oryx Increases Presence in the UK with SkillOnNet Brands

Join Lilly’s World and Check out What Special Treasures it Hides!

NetEnt Takes Punters to the Gorillas Kingdom with Silverback Gold

NetEntertainment Deepens its Presence in US Market