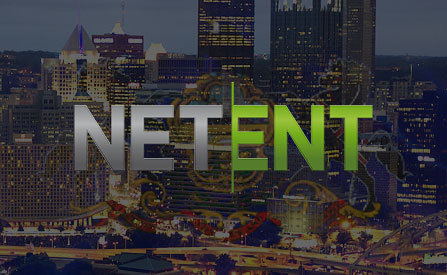 NetEnt was one of the first software providers to go live in Pennsylvania on the heels of this US state’s newly regulated online gambling space. The company has been laying down the groundwork for this day for quite a while.

With that said, the software studio behind some of the best titles on the market has hit the ground running.

The push into the Pennsylvania market was done through NetEnt Americas – the subsidiary operating in both American continents. Its American division has…

Establishing a proper presence in the new market wasn’t something this software studio could have accomplished alone. They have signed partnership deals with…

… several strategic partners including Penn National Gaming who has just entered the world of iGaming. The bottom level entities that will offer NetEnt’s products are the Hollywood Casino brand, Entertainment’s Parx Casino as well as Greenwood gaming. It is not yet clear whether…

… this software provider will sign more online casinos on their roster in the immediate future.

Managing Director, Erik Nyman, has stated the following regarding the new development in his division: “I am very pleased that the market in Pennsylvania has now opened. We are one of the few online casino suppliers offering our games right from the start, and I am convinced that our award-winning online casino games will be much appreciated by players in Pennsylvania.”

This statement indicates that the United States as a whole could see much more competition, especially coming from top tier suppliers.

The company is most likely going to get back into an upward trend after this move. They have been…

… reporting a slight but constant reduction in revenue so far this year. Compared to the SEK867.3m in earnings they have aggregated last year, the company has reported SEK837 for the same period this year.

There are numerous speculations regarding the cause of a 3.4% revenue drop. The company is blaming the stagnant Swedish market as the...

... main root of the problem, however it seems that the entire Nordic region has slowed down recently. With new slots games in the pipelines, this stagnation is most likely a short term thing.

The software provider is by far one of the largest players in today’s iGaming market. The company has a history that is…

… over two-decades-long. During that time, they have been on the very edge of iGaming innovation whether it is through well-polished titles or otherwise. Today, this studio has grown into an international holding that has subsidiaries in every competitive market. Even so, they are following a sustainable expansion policy that will see them bolster their presence in various parts of the world.

As of now, the brand is staying on top of the industry, thus justifying the reputation they have among their peers and clients alike. With an ever-growing team of dedicated professionals, this studio is most likely going to stay at the top in the foreseeable future.

Comment: I guess Pennsylvania will finally get to try out some of the best slots on the market right now.

Two Leaders In The Gaming Industry Have Teamed Up and Made A Dealership!