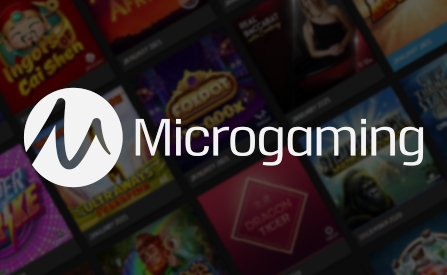 Microgaming announced the release of over 20 titles this month. Ten will be from independent developers and more than 10 from Microgaming’s partners. Each title will include exciting features, addictive game mechanics and various designs, themes and symbols like demons gangsters, pirates and more.

First of the Bunch:

The first title comes via a partnership with PearFiction and the game is calledChicago Gold. This gangster-themed slot brings players to Chicago in the 1920s and has a 5x5 grid with 20 active paylines and an RTP of 96%. Another title is Juicy Joker Mega Moolah, which isthe result of the deal with Just For The Win. The medium volatility title has a 5x3 grid and RTP of 92.03% and comes with fruity symbols and an interesting jackpot feature that pays a lot.

At the End of the Month:

Then comes Incan Adventure from Gacha Games, a high-volatility title with an RTP of 96.25%. This is followed by Pulse 8 Studios Carnival Jackpot, the easiest of all slots, with a focus on jackpot re-spins. Microgaming players will meet with 3 Devils Pinballs from Crazy Tooth Studio, Skulls Head by Gong Gaming Technologies, Maui Mischief by Old Skool Studios, Tropical Wilds created by Rabcat Gambling. Other slots include Blirix Workshop and Reel Lucky King Megaways from Iron Dog Studio, Bar Slot by Golden Rock Studios. Finally, gamers should keep an eye on the 1X2gaming’s Temple of Light and Reel Diamonds games, 2By2 release of Cosmic Gems, Fruity Bonanza Scatter Drops by Inspired and Opal Fruits from Big Time Gaming.

Microgaming is an online gambling company that has established itself as one of the leading providers in the industry. Itlaunched the first real online casino back in 1994. With experience of more than 25 years, it creates online gaming software for major casino operators such as Carmen Media Group, Fortune Lounge Group, etc. It has over 1000 games in online casinos around the world, and this company alone has released over 600 titles which includes blackjack, slots, poker and roulette.

Source:“Microgaming propels into February with the release of a staggering 20+ new games”. Microgaming. February 3, 2021.

Enter the Ancient Egyptian World with Queen of Gods

Microgaming Boosts Excitement with Set of New Games in July