Max Entertainment Bails on the UK Market, Citing Brexit as the Main Reason Why 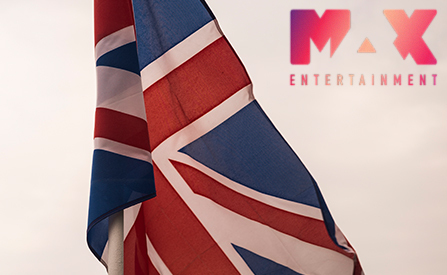 Max Entertainment, a Slotty Vegas operator based in Malta, has announced that they will no longer offer services to the UK market.

The company has cited Brexit as the main reason behind this decision. As of January 2, 2020, customers from the UK won’t be able to register new accounts anymore.

The decision to withdraw the Slotty Vegas operator from the UK markets hasn’t been made lightly. On the contrary, the company has been…

…following the political situation in the UK, especially around the 2019 general elections that took place in December. With the conservatives taking a win, it became rather obvious that Brexit was going to happen.

As a result, MaxEnt brass has concluded that it was no longer feasible to remain in the United Kingdom. Instead, the company has opted to concentrate their efforts…

…on other, less volatile regulated markets in Europe.

Greg Bennet, the CEO of MaxEnt, has offered his opinion on this new development: "We take this decision with a heavy heart. We've been watching the market for some time, and the looming threat of Brexit has been a source of concern for us. Now that the Conservative Party has won and can push it through, we feel that we are better focusing on well-regulated European markets."

While players from the UK will no longer be able to create new accounts, MaxEnt will continue to operate for a short period of time. During said time, existing players…

…will have the chance to withdraw whatever fundsthey have in their accounts and make the transition out of this service.

The decision to leave the UK can also be attributed to the fact that UKGC revoked MaxEnt’s gaming license earlier this year when the company changed hands. It has been on the offensive ever since…

…trying to get that sorted out. However, they have experienced no luck so far. By giving up on the entire market, they have decided to no longer contest the UKGC’s ruling.

When asked if this was the end of their involvement in this regulated market for good, the developer said that “they aren’t ruling out the possibility of returning to the UK in the future,” however they’ve made it clear that their main focus in the short-term will be on the rest of Europe.

In lieu of that statement, MaxEnt is expecting to get a Swedish license by the end of January, all while applying for the Dutch license as well. This alone might prove to be the break they need as…

…the Netherlands are only just opening their regulated markets this year.

MaxEnt is one of the latest operators to join the fold. However, despite their limited time in the industry, this company has been around under a different name in the past. They have recently…

…regrouped and rebranded themselves, looking to enter the markets as a competitor to the most established players in the game.