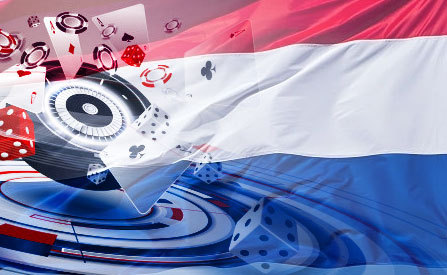 Kansspelautoritet, the Dutch gambling regulatory body, has announced a delay in the launch of this nation’s regulated gambling markets. The news comes…

…at the heels of a Dutch parliament session where the Minister for Legal Protection Sander Dekker said that the new legislation was expected to be fully implemented on January 1, 2021.

Being closely regarded as one of the most promising future regulated markets, the Netherlands has become a hot topic in the iGaming industry. The country was on track with passing key legislation…

…in July of 2020, however that plan has run into issues. The new date given for this key event is now 1 June 2021. The main culprit behind the delays is said to be the passing of secondary legislation that was published in June of this year. The delay means that KSA can’t start processing applications until 1 January 2021.

This delay could cause issues for online casino operators who were counting on acquiring the license within the previously stated timeframe. All things considered, Dutch fans of slot game action, blackjack and sports betting will have to wait a bit longer.

During his address to the Dutch Parliament, Minister Dekkerhas also touched upon two side motions that were passed at the same time when the Remote Gaming Act was passed earlier in February.

The first motion had to do with ISP’s ability to block access to specific websites, while the second motion requested the government to consider the complete ban on iGaming advertising.

Regarding the first motion, Dekker has noted that there are two options available. The first one relied on the ISP’s ability to police the content themselves, reporting and taking down illegal content as they find it.

The other option was to take down the illegal websites because of a Penal Code violation.

Adding more context, Dekker stated that: “Both instruments can be applied to illegal gambling providers and the Gaming Authority will also do this where appropriate.”

As far as the gambling advertising ban goes, Dekker offered his take on the whole situation: “For providers of online gambling, advertising is even more important than for providers of offline games of chance, such as traditional casinos. Possible customers can encounter a casino in the street, even if they do not first see advertising. It appears that banning or seriously restricting gambling advertising is a serious negative that can have effects on the degree of channeling. The research conducted shows that channelisation requires some advertising.”

His stance is that players are better off finding legal games of chance with advertisingthan otherwise. He further noted that advertising was imperative for online casino operators to…

…attract customers, stating that it was more or less their only instrument of acquiring clientele.

Following the wave of stricter regulations that has hit some of the most popular European markets such as Sweden and the United Kingdom, the industry has been closely…

…following the situation in the Netherlands.

Despite the announced delay, KSA plans on issuing approximately 90 licenses to operators as soon as the market officially opens.