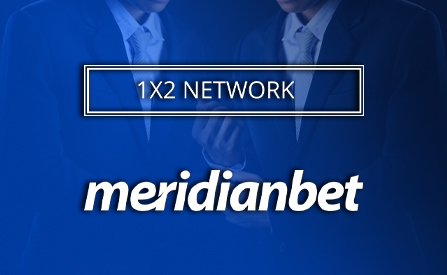 1x2 Network has signed another distribution deal that will undoubtedly give it a better reach in key regulated markets around the world.

The company has added Meridianbet.com to its roster of distributors, thus expanding the reach in southern European markets.

By becoming a partner with 1x2 Network, Meridianbet.com has gained access to a vast portfolio of quality slot games.

Being one of the more respected content aggregators out there, 1x2 will be offering…

…more than just its own gaming content. They will also offer content from subsidiary studios such as 1x2 Gaming and Iron Dog Studios among others.

The company has pledged to…

…release the newly launched games with its new partner as well, meaning that patrons of the operator will soon have the chance to try out Megaways Jack – the highly anticipated slot that should be released fairly soon.

Kevin Reid, Chief Commercial Officer at 1X2 Network, said: “We are delighted to welcome Meridian to the 1X2 Network family and to be providing its players with our top-quality content. Our games provide thrills and excitement to players in markets all over the world, and we look forward to them entertaining Meridian’s discerning customers.”

Milan Đurmez, Head of Online Casino at Meridianbet, said: “As we look to develop and improve our casino offering, we need to add more content from quality partners and 1X2 Network certainly fits the bill. We are particularly excited for our players to try titles such as Pirates Kingdom Megaways and Battle Maidens for the first time and believe they will be a big hit with our customers.”

The company currently works with a number of top tier operators all around the world, providing numerous players with quality entertainment. Their games are available in the UK, Gibraltar, Malta, IOM as well as Italy.