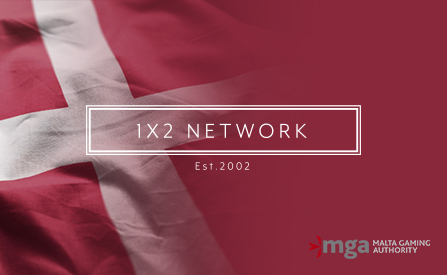 1X2 Network, a corporation that offers various software solutions for the iGaming industry, has announced that it has acquired the B2B supplier license from Malta Gaming Authority (MGA).

The company is now fully licensed to offer its software to customers operating in markets governed by the MGA’s authority.

The independent software company from the United Kingdom, has set out to expand their presence in various regulated markets around the world. One of the main…

…issues the company had to solve was obtaining all of the necessary licenses to facilitate such expansion. With that said, the company has announced that it has officially obtained a B2B supplier license from the MGA.

This development comes as a culmination of a yearlong effort by 1X2 that started with this company getting a Notice of Recognition in Malta last year. With the new license in hand, the brand can now offer the complete suite of their popular games to partners operating in markets regulated by MGA. This company’s Iron Dog Studios and 1X2 Gaming have been releasing a considerable volume of successful games that can now be…

…offered to partners all over Europe. Some of the slot games that will soon be available through MGA’s B2B supplier license include popular titles such as Blood Queen, Faerie Nights and Rainbow Wilds. As far as Iron Dog Studio goes, they will be…

Kevin Reid, Chief Commercial Officer at 1X2, said: “We are very proud to have received our B2B supplier licence from the Malta Gaming Authority, one of the most trusted regulators in the world. We have built a reputation for delivering popular slots and table games to operators in regulated markets around the world and this permit reinforces our position as a highly reputable developer. With our license in hand, we will now continue to expand into new regulated markets, partnering with more operators than ever before.”

1X2 Network was founded in2002 under the name of Football 1X2 Ltd. The company quickly grew by acquiring several other ventures and has changed its name to its current moniker. This UK-based company has been…

…working on developing high-quality slot games and other content for the iGaming industry. 1X2 and its main development studio, 1X2 Gaming, offer a variety of titles that have achieved good popularity in competitive markets around the world.